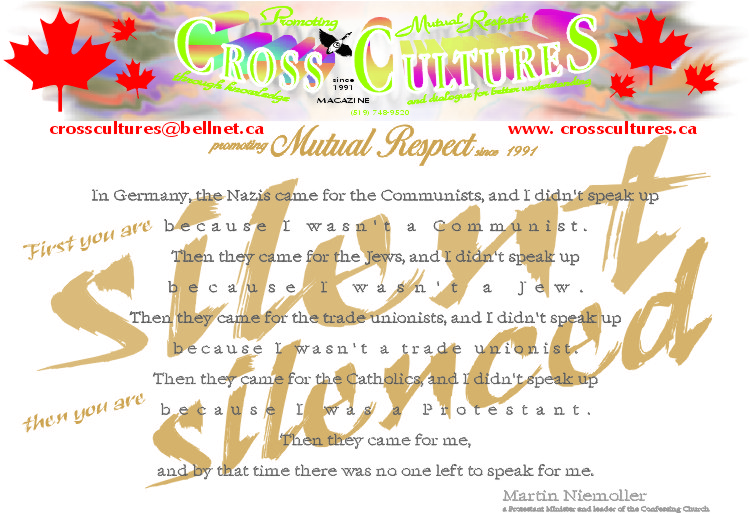 please note that the event has been put on hold in view of the current coronavirus pandemic but stay tuned .. we shall return !!!
open invitation
come join us and be part of our
TWENTIETH annual commemoration of the
UNITED NATIONS INTERNATIONAL DAY
for the Elimination of Racial Discrimination
Saturday March 21 2020
a full day public event with something for everyone 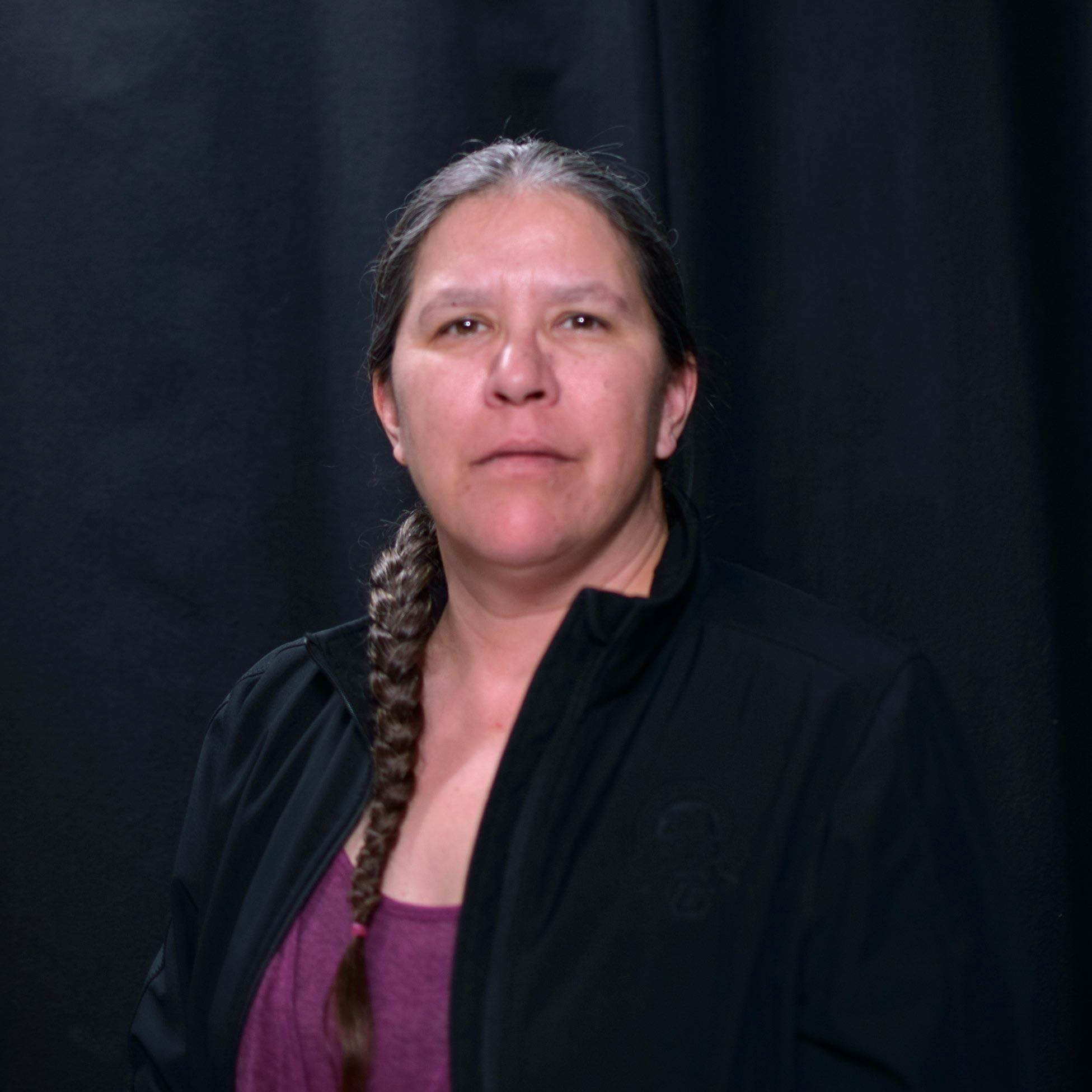 Cory Bilyea is a Haudenosaunee woman. Currently she is in her final year at Conestoga College in the Journalism program and looks forward to a rewarding second career as a freelance photojournalist. Cory has lived a life full of abuse, neglect, racism, and discrimination just for the colour of her skin. She has spent most of her adult life studying, learning and practicing Indigenous culture. Photography is her first love and she has spent many years photographing powwows, nature, weddings and family portraits 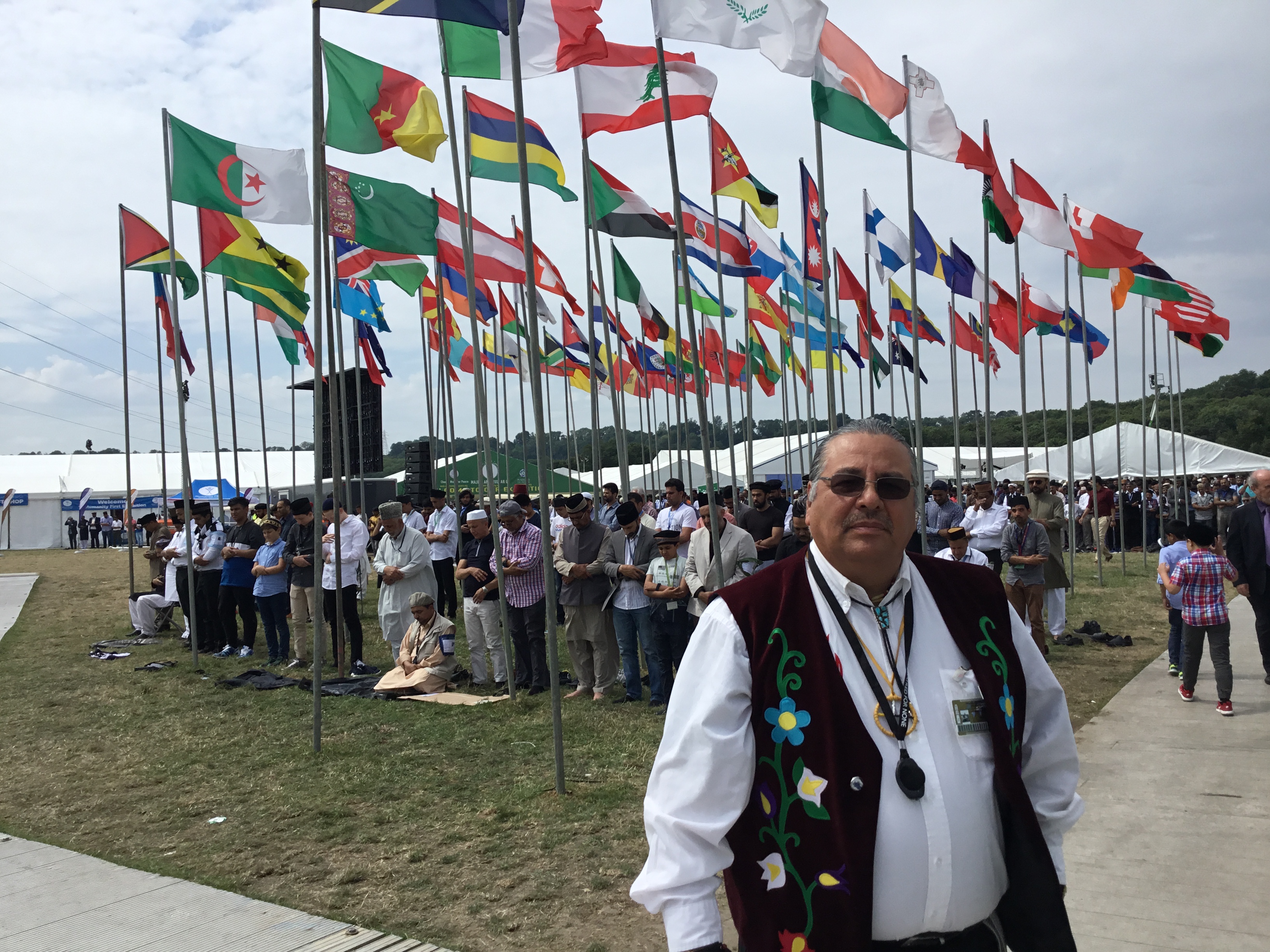 Myeengun Henry is the former Chief of the Chippewas of the Thames First Nation and has been very fortunate to have studied Anishnabe culture with various elders and today he is a conductor of ceremony and practitioner of Aboriginal traditional medicine and the Anishnabe language. He has conducted many weddings, funerals, and naming and healing ceremonies. He is currently the Manager of Aboriginal Services at Conestoga College and host of Nish-Vibes an Indigenous radio program* ~  * ~  *  ~  *  ~ *  ~ *  ~ * ~  * ~  *  ~  *  ~ *  ~ *  ~

is the owner & director of Juici Yoga studios in Waterloo and the creator and founder of Selamdebs.com

She is an Ethiopian-Canadian who was born in Amman, Jordan, grew up in the projects of Regent Park & Scarborough

Suzanne Berliner Weiss
“Holocaust to Resistance: My Journey“
published by Fernwood in October 2019 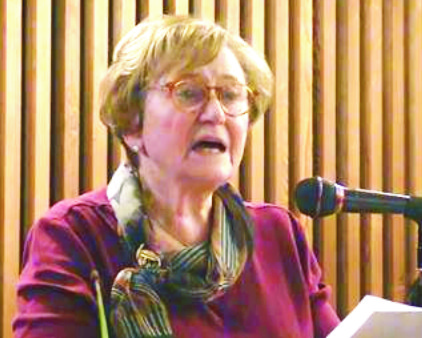 Born to immigrant Jews in Paris in 1941 and targeted for death by the Nazis, Suzanne Weiss found refuge with a farm family 1943-45.
After losing her parents in the war, Suzanne was adopted by a New York family in 1950.
Suzanne began a life of social activism in 1958, initially as a supporter of women’s rights, civil liberties, and freedom for African Americans.
The following year she joined the socialist movement.
In the decades that followed, Suzanne Weiss worked variously as secretary, printer, railway worker, and in oil and chemical refineries and was active in railway and oil worker unions. After graduating from York University in 1998, Suzanne worked in gerontology until retirement.
In recent years, Suzanne has been active in Palestine, Latin American, and Indigenous solidarity and for climate justice.

She has spoken widely on these issues to faith communities, community and activist groups, and university gatherings 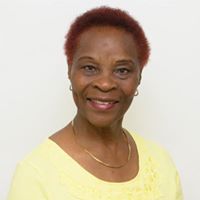 Grace is the author of:Mercy, One Life, Mercy Stories &  All Will Be Well – a story of grief acceptance and freedom. Grace Ibrahima grew up in Trinidad, with very little formal education. As a young woman, she applied, and was accepted to a nursing program in England. She graduated from both Nursing and Midwifery school. While there, she met and married a man who would help her to change the course of her life. They later immigrated to Canada with their two sons, and she continued her nursing career. Years after arriving in Canada, she enrolled at McMaster University in the Addiction Studies program and was the recipient of the 1998-1999 (MAPS) McMaster Part- time Student Centennial Award. She invested her monetary prize and partnered with the university to educate students from Eastern Europe about the devastating effects of addiction. Grace’s turbulent life’s journey was featured in the Waterloo Region Record, Waterloo Chronicle, Financial Post, CTV and Vision TV 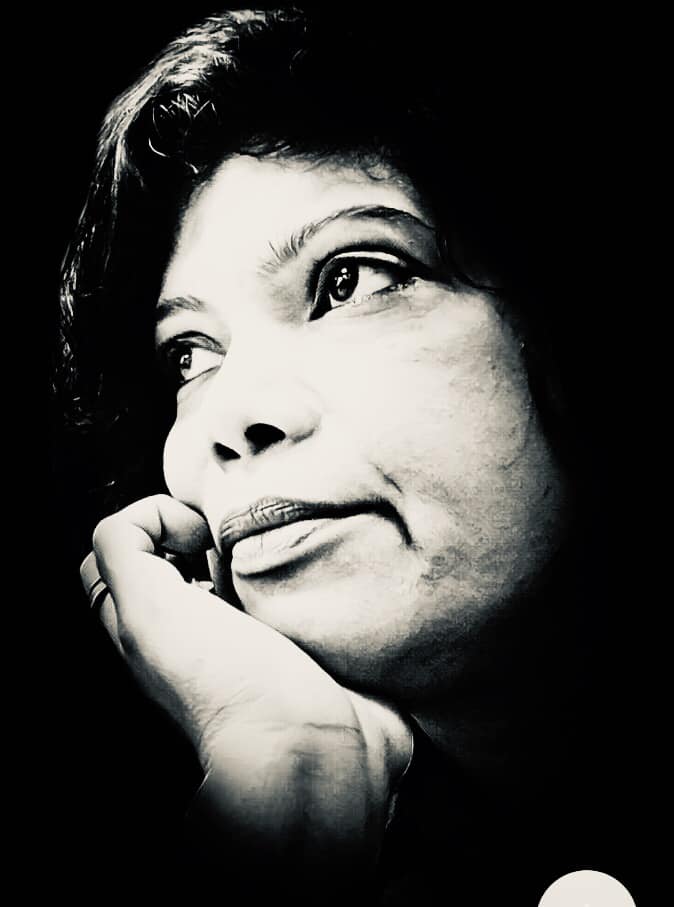 “ It is more than just a Film ..” It is a medium and the impact of cinema that we can ascertain positive mindsets especially towards women ..”
It deals with the real identity of women – through trials and tribulations- we still stand strong and powerful . It is a true validation to self . It is a movement of mindset – that defines beauty

Be it Puri (Odisha) or North America – the problems and the movement is the same ..My Grandmother – an illustrious social activist, an educationist, a writer (Bengali and Odiya) and a poet ..Ahem .. it does run through the glory of time .. Several decades later .. I find a striking resemblance of myself to her 😊. Does it sound familiar ?

each approaching it from a unique perspective: 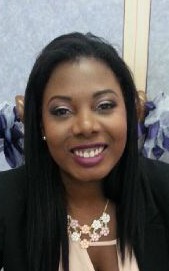 will be looking at educational reform
and a discussion around the current trends in intercultural education
Colleen is passionate about helping others learn. A full-time professor at Conestoga College’s School of Business, she challenges her students to discover the leader within and that learning is a lifelong journey. Having more than fifteen years of experience promoting inclusive environments in the public, private and not for profit sectors, Colleen has blended her passions of education and diversity understanding to provide training to organizations, companies and individuals.. The result is the creation of meaningful discussions and necessary tools to help generate innovative solutions towards diversity, inclusion and creating a shared sense of belonging.  Colleen has completed training in leadership and inclusion, holds an Honors B A degree from the University of Toronto, is a graduate from Leadership Waterloo Region and is currently completing her Master of Education in Educational Leadership and Policy at the Ontario Institute for Studies in Education (OISE). Colleen is engaged in her community, and sits on a number of committees and collaborative projects.
Narine Dat Sookram 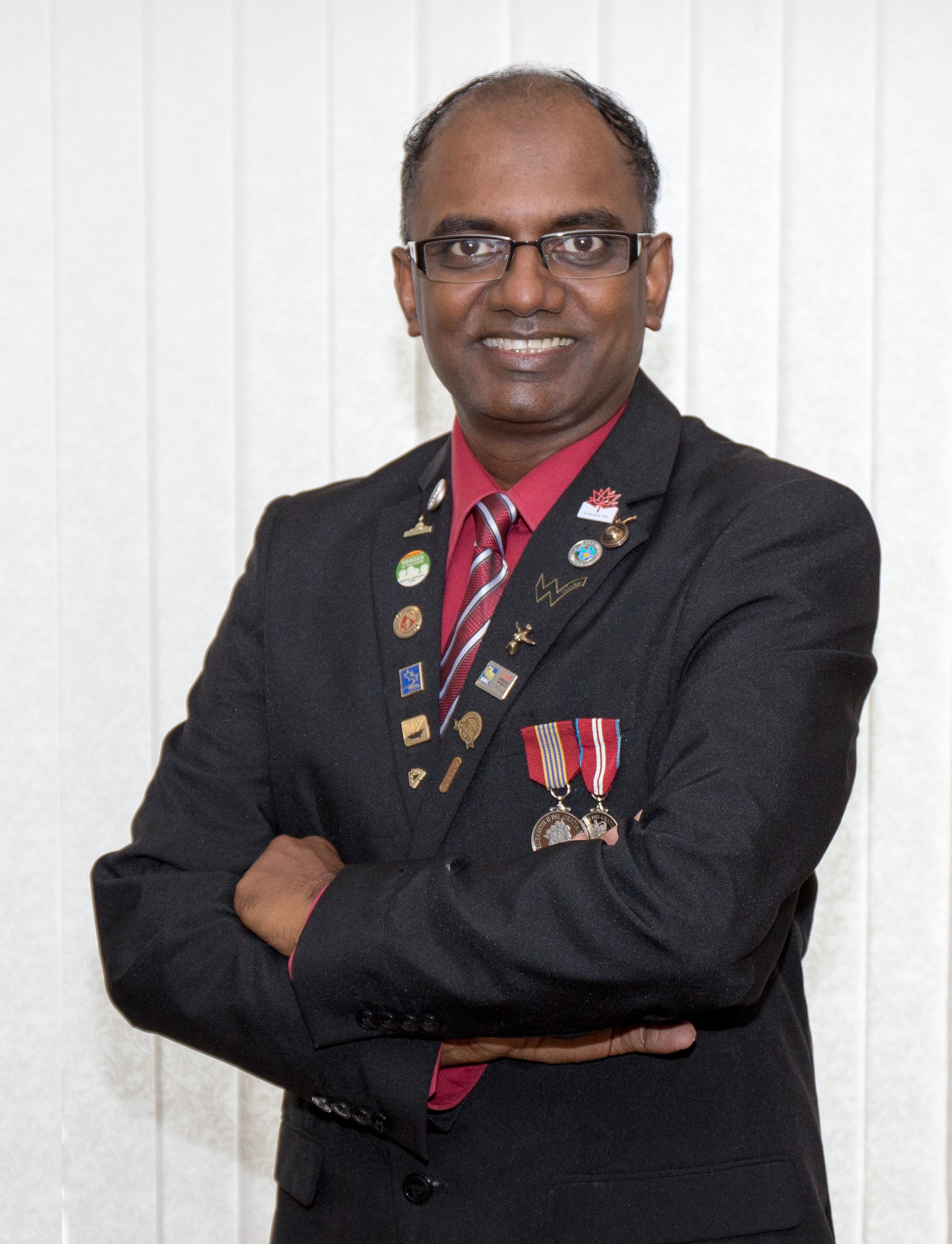 will be speaking about discrimination in employment and the workplace a diversity & inclusion activist who is with the Ontario College of Social Workers and Social Service Workers and currently works as a Job Developer where he has helps job seekers find meaningful work. The Community Champion was named one of RBC’s Top 25 Canadian Immigrants in 2013 and the Waterloo Region Record’s Top 40 under 40 in 2010. He is the founder of the Caribbean Dreams Concert, the Caribbean Spice and “Let’s Chit Chat with Narine Dat” radio shows and the co-founder Roytter, a social media application
Shiv D Talwar

Shiv D Talwar was born in 1937 in pre-partition India. Life took him to greener pastures in the United States, Britain and Canada, where he received a PhD in Civil Engineering in 1973 from the University of Waterloo. Shiv moved to Waterloo, ON in 1966 with his wife and two children and stayed put. He retired early (1996) from teaching Civil Engineering at Conestoga College in Kitchener, ON to dedicate his life to the cause of education to cultivate unity in diversity. Towards this end he organized the Spiritual Heritage Education Network Inc. (SHEN, est. 2000, http://spiritualeducation.org). The change in the direction of Shiv’s life was propelled by his calamitous experience of identity tribalism on religious grounds during the partition of India in 1947

Marinus deGroot
The greatest danger is a Gog vs. Magog style bifurcation 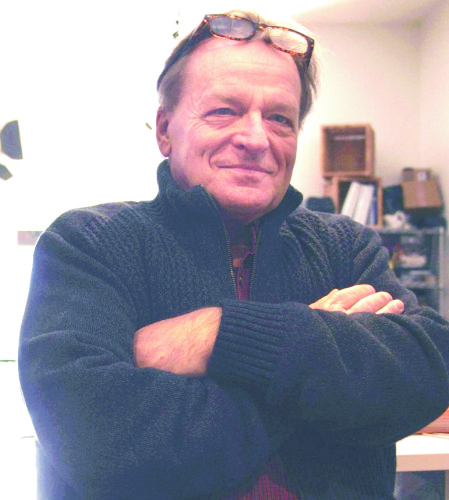 talks about causes and commitments. It was through happenstance, not conscious choice, that he became involved with arts, culture and heritage with a local / regional focus. This is part of the reason why his bias is towards a personal, biographical approach, as opposed to rational “prioritization”. But with a growing sense of urgency arising on so man

y fronts, especially what is called the “climate emergency”, one is drawn towards re-examining long-held interests and preferences.  Marinus is going to propose that convergence, rather than increased specialization, holds the most promise

Roberto Angelis Lyra
author, artist, activist
presents:
“Re: Le-gîon & The Other Side of Suicide” aka
“The Black Book!”

a cult survivor become warrior, he’s written a sensational autobiography, and will be sharing part of his journey 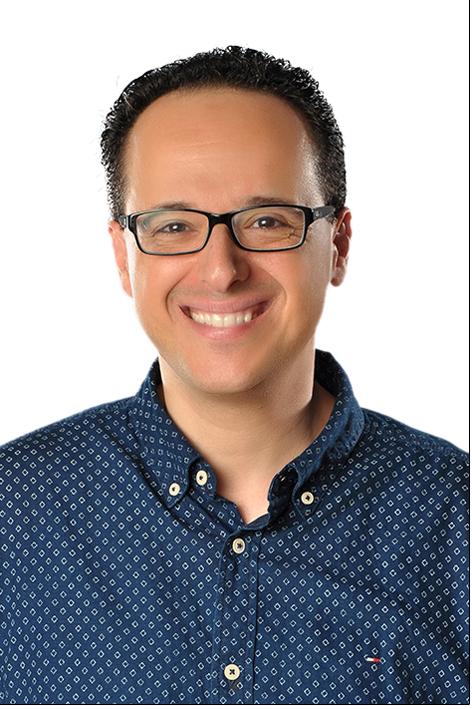 for a
hand puppet show (aragoz) 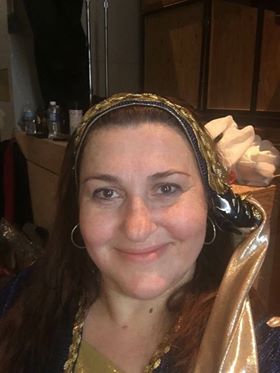 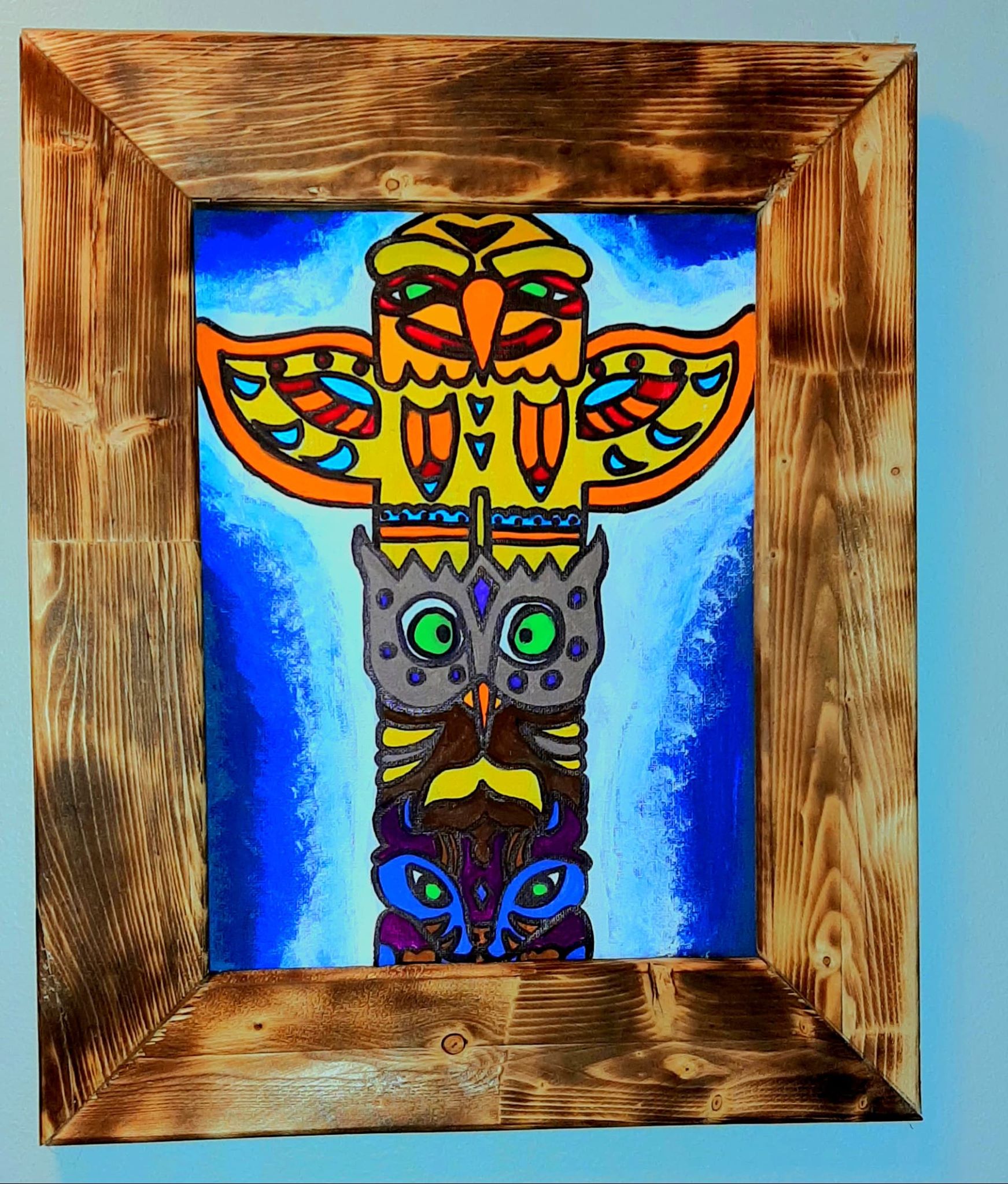 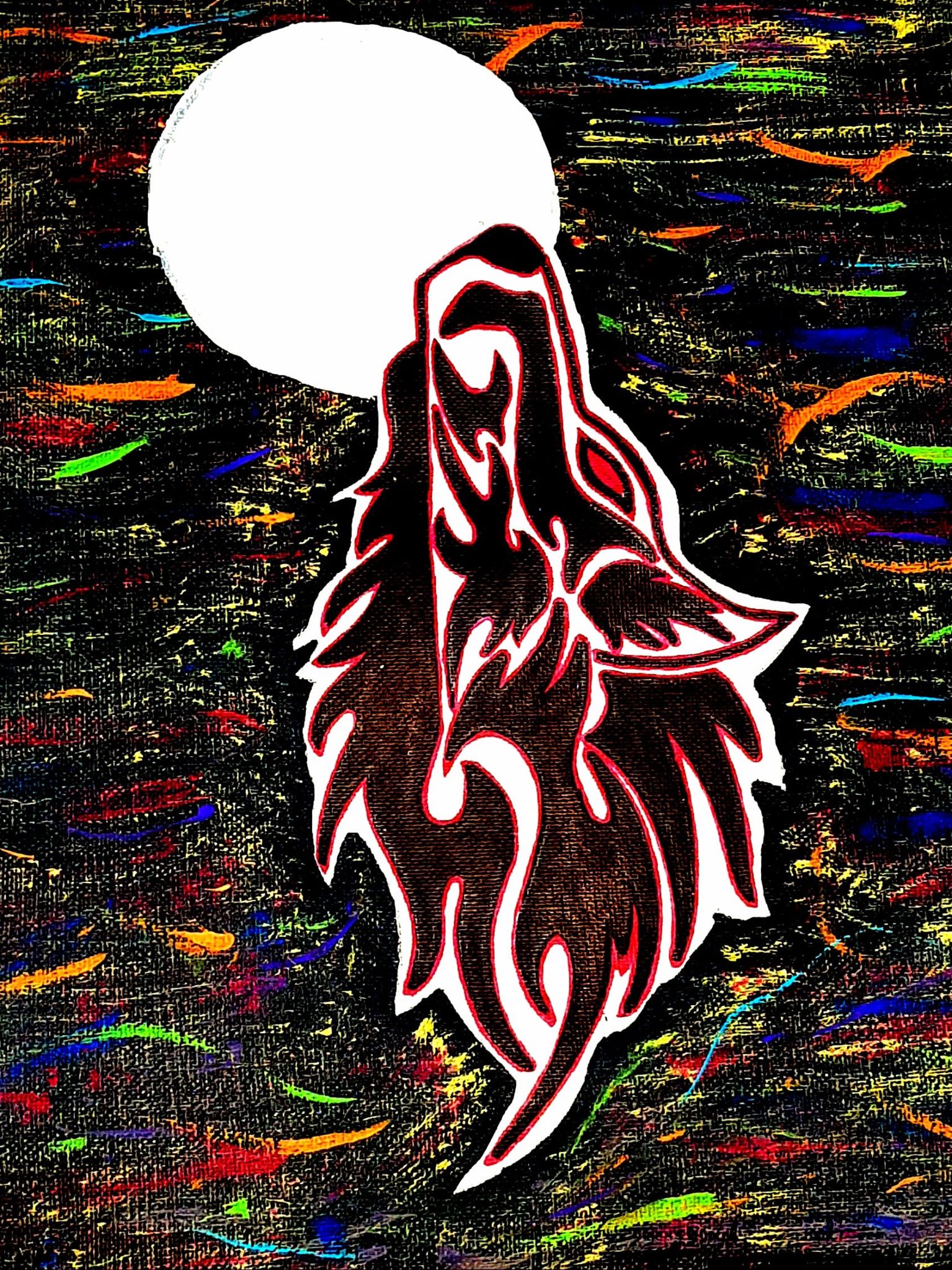 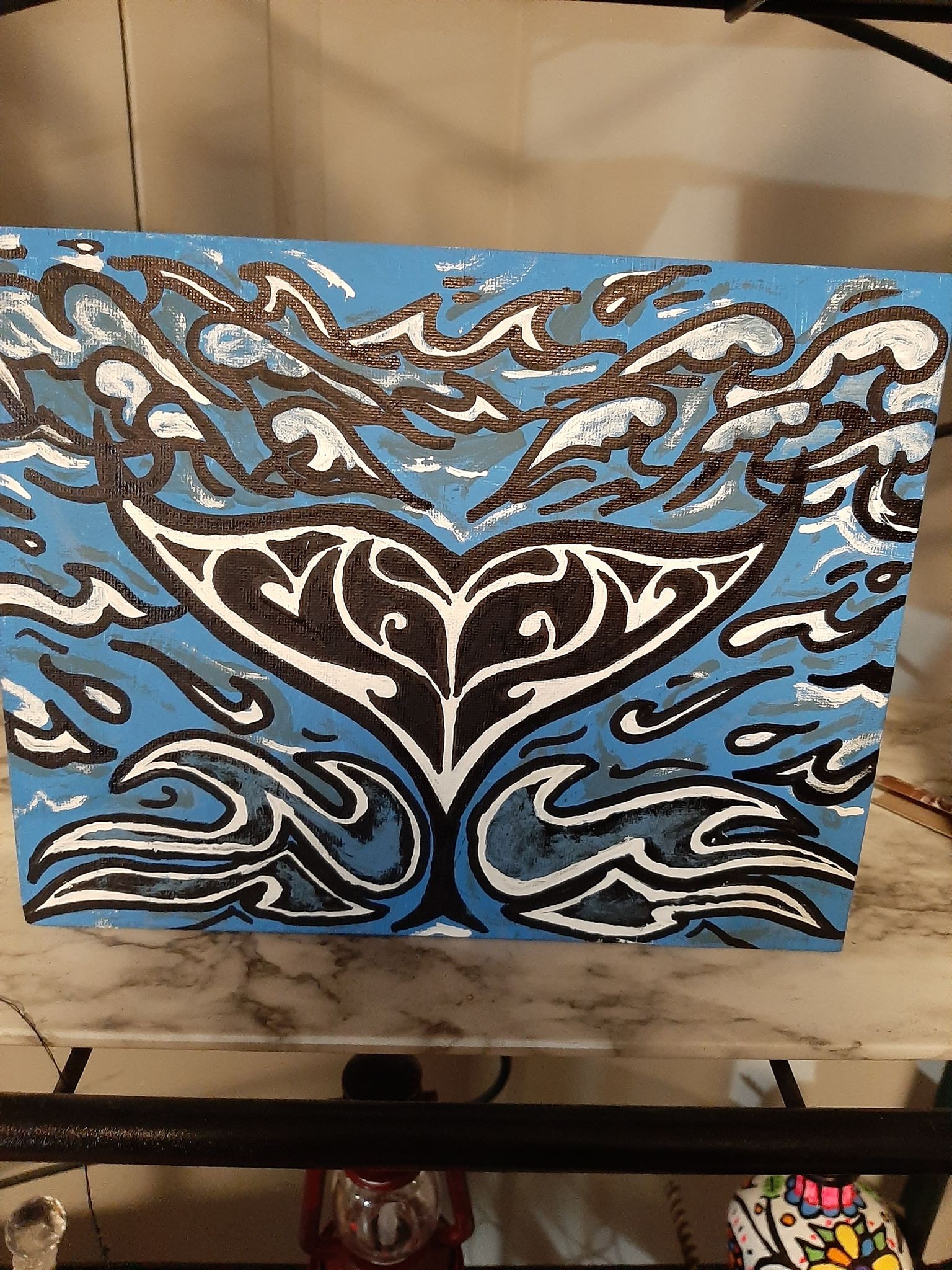 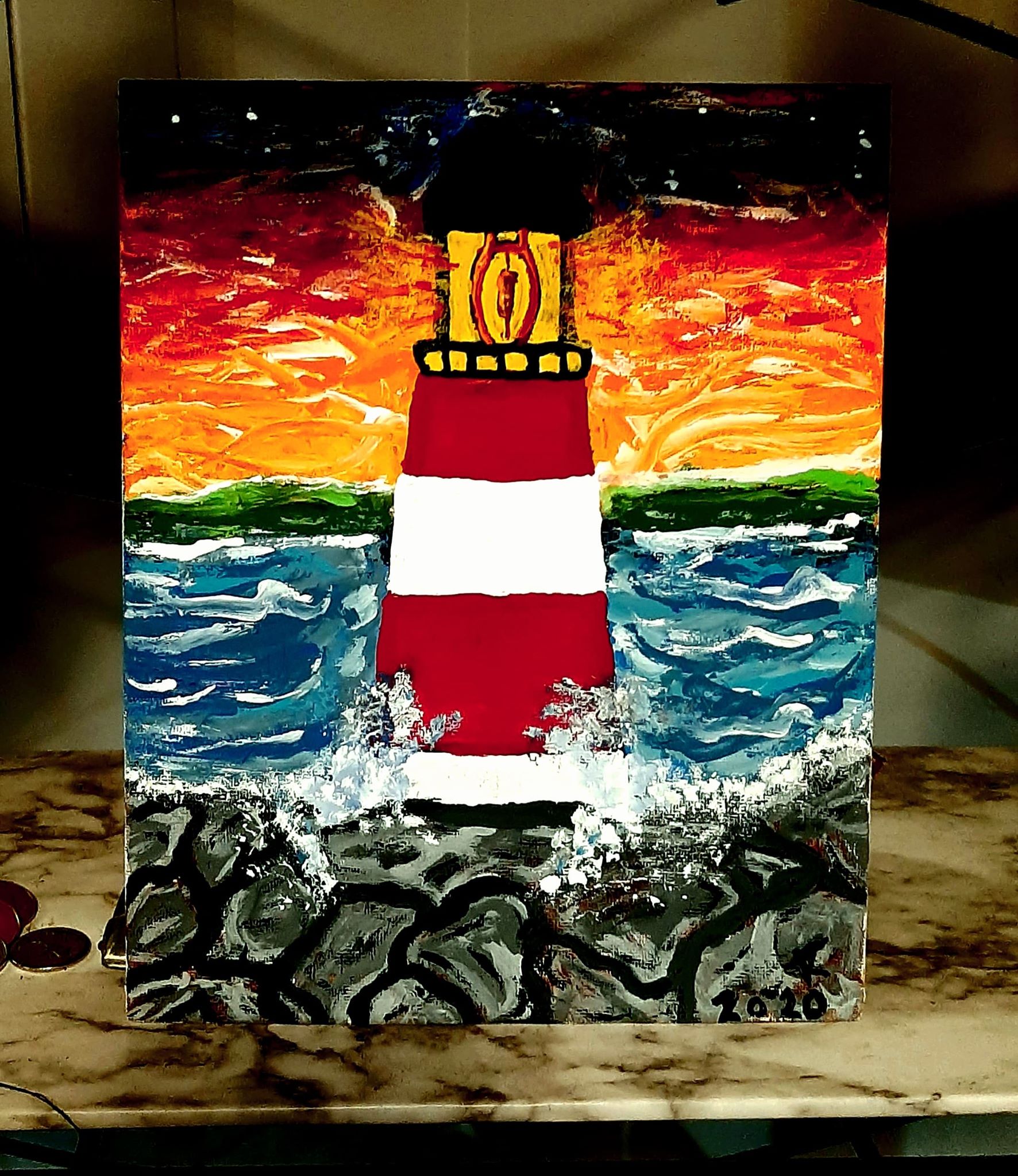 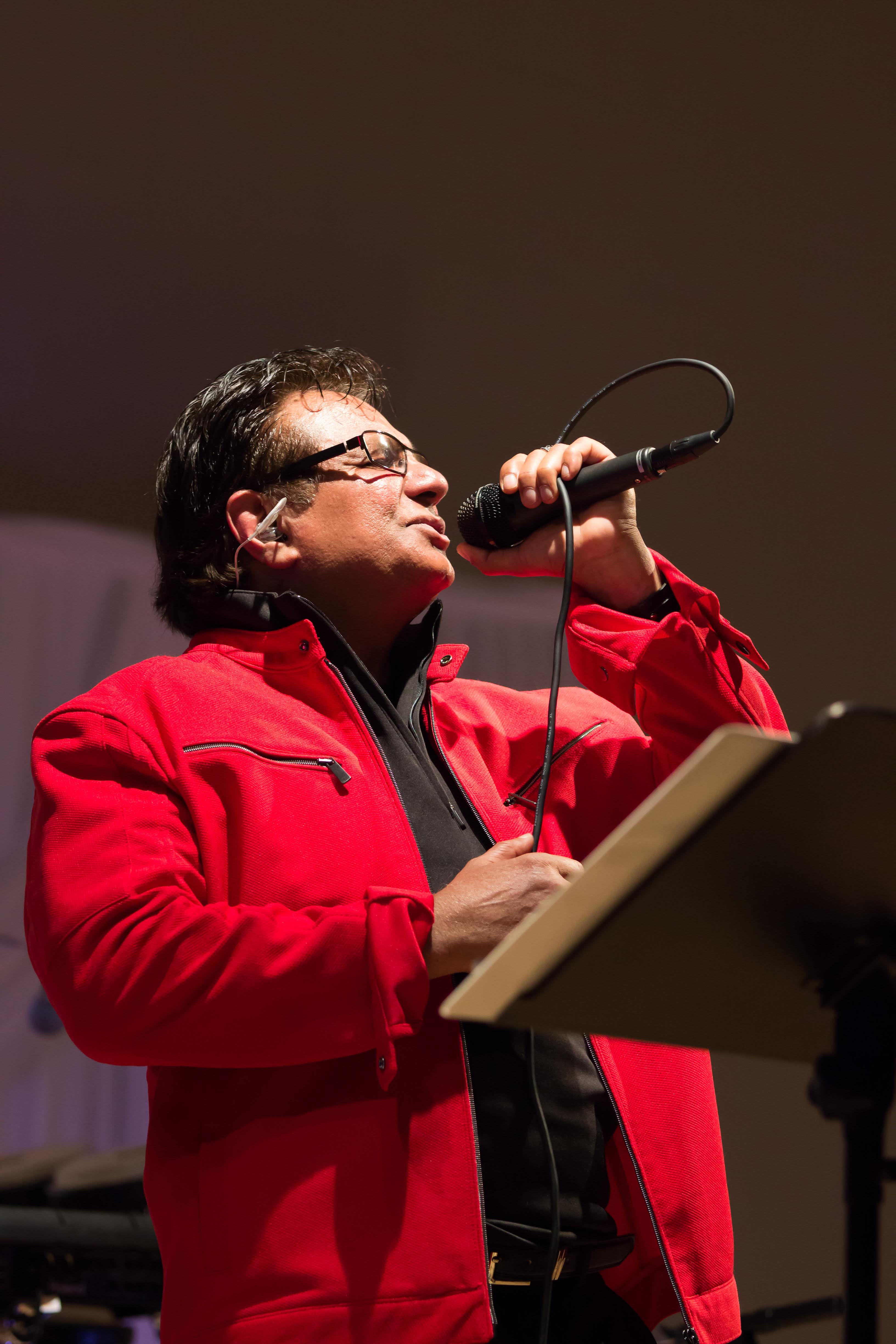 Lee was born in a small island called SriLanka, formerly known as Ceylon. He started his music career when he was in his teens. His first major event was the Observer Talent Contest, which he came the runner up. Then he joined with one of his good friends, Mr Sunil Perera, with a two piece band and performed in some social events, then he was a vocalist for “Melowdy Makers”. Lee performed with Mr.Sunil Perera and the Gypsies for some events during his time. After 50 years in the music field “Gypsies: are still one of the top bands in SriLanka.
After playing rugby for one of the top clubs, Lee had a bad leg injury after which both of his legs were not usable for a few months. He had to give up his music career as well as the rugby. That is when Lee decided to leave SriLanka, and with $5 in his hand he moved to Belgium, not speaking Flemish, he did odd jobs till his visa expired. He next went to Paris, France where he also did not speak or understand the language, but did odd jobs again while studying French, and singing for the Americans and other social events. A couple of years later he came to Ontario, Canada. He sang for the Middleson Choir in Toronto, and with the help of one Mr Nihal Fonseka, a Tenor at the Toronto Opera Company who had also sung in the UK and USA, Lee had the opportunity to take part in a few operas as a back up performer. Lee also took part in “Canada Got Talent” in Toronto. He was finally discovered by one Mr NarineDat Sookram who invited him to the Caribbean Dreams Concert, where he returns to perform for several years now. Lee is an award winner at the “Peabo Awards 2019 as the Veteran Multicultural Singer / Performer. Lee’s repertoire is a mix of sons from the 1970s, soft ballads, country, soft rock, reggae and semi classics, and has three of his songs from the Caribbean Dreams concert on YouTube
and so much more . . . stay tuned
business sponsors and booths and welcome

Cross Cultures
magazine – promoting mutual respect – since 1991
as well as a
radio shows – by the same name on CKWR 98 5 FM
the local community radio station that has celebrated 46 years on the air !